Easter always occurs later in the year in orthodox Christian countries than in Western christian churches where Easter falls around the time of the March equinox.   This is because Orthodox churches base their Easter date on the Julian calendar, which differs from the modern Gregorian calendar that is used by many western churches (and is the most universally accepted and used calendar), and is about 15 days behind the Gregorian calendar.  Russia adopted the modern calendar in 1918 which is why the 1917 Russian revolution celebrated in November was called the October revolution.

This year, Easter is on 5 May which, incidentally, falls on the same day as it did in 2002 when I was in Moscow.  In many respects, this added a magical quality to visits to churches, cathedrals and monasteries - with Easter festivities in full swing and the many  bell chimes providing a melodic soundtrack. 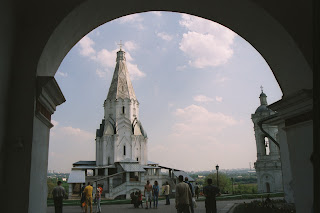 At Kolomnenskoye, the former royal estate to the southeast of the city centre of Moscow, there was a long table crammed with Easter cakes, Kulichi, awaiting bleesing.  Кулич is a traditional Easter bread in Russia and is eaten on the Easter breakfast with decorated eggs. Kulichi are decorated with colored icing two letters - ХВ, which means "Христос Воскрес" (Christ is risen). 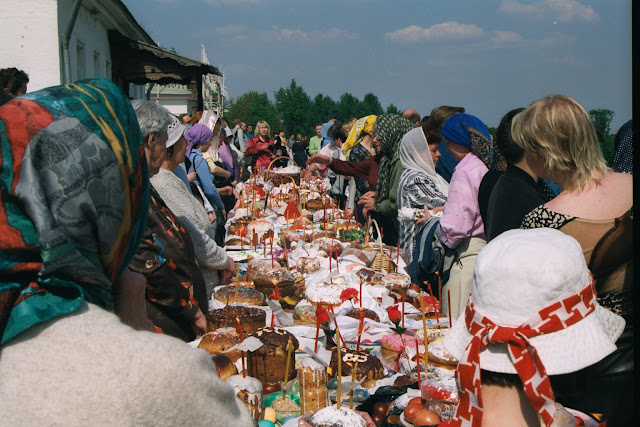 At the Church of Christ the Saviour, I saw Patriach Alexei II, who died in 2008, conduct a mass; then I bumped into him again, on another day, in the Kremlin as he was going from church to church, blessing each one in turn: 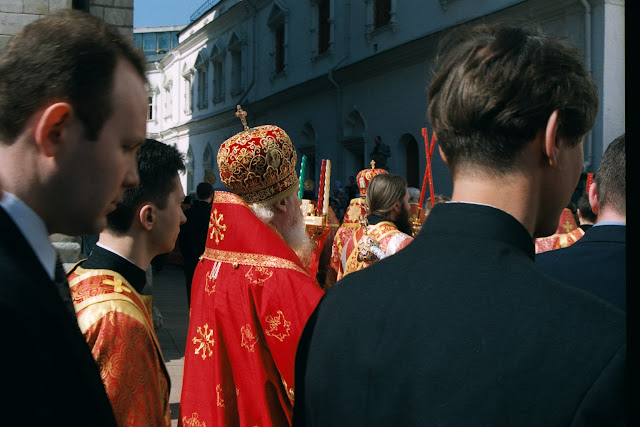 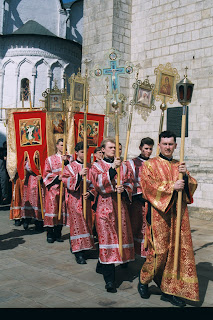 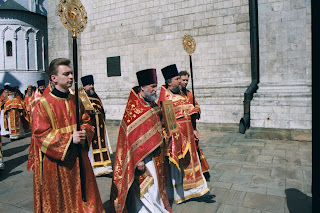 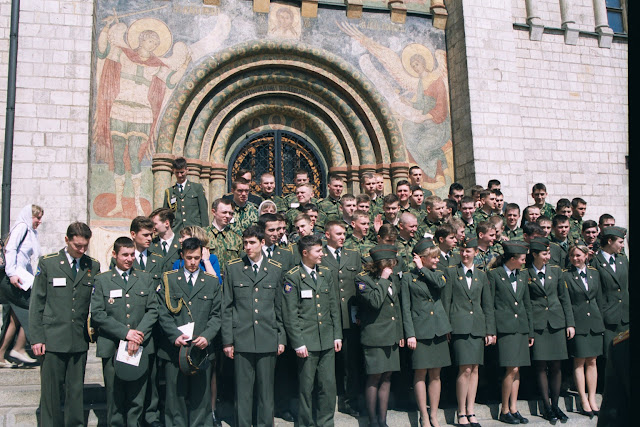 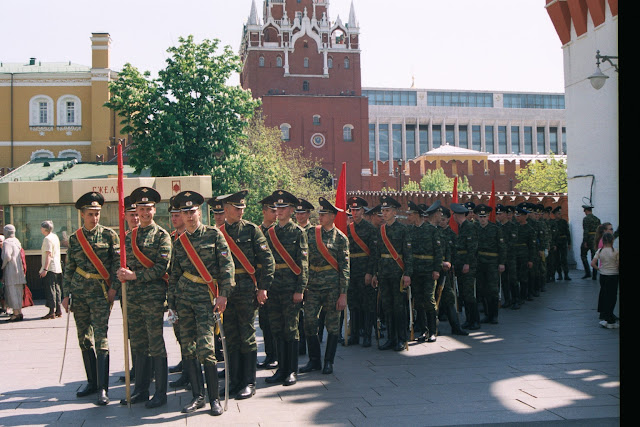