I spotted a bottle of Stolichnaya in my local supermarket and I noticed that the label has been redesigned. The building  depicted on the bottle is The hotel Moscow in Moscow, on Manezh Square just off Red Square. Now I know the original Hotel Moscow at this location has been demolished and a replica built in its place, but I'm pretty sure they used the exact same design and dimensions - they didn't make it narrower.   The image on the "Stoli" label looks nothing like the Hotel Moscow now - it looks more like the Vermont hotel in Newcastle.

Stoli?! I hate Stolichanaya being called Stoli! although, I do admit that find it marginally more acceptable than an incorrect pronunciation of Stolichnaya where the stress is placed on the second last syllable - stolichn-EYE-ya. The correct pronunciation is with the stress on the "i" as in stalEECHnaya (forgive my ignorance of pronunciation notation). But I am willing to let that that go as well. I do, however, become apoplectic with rage when someone, say a bartender, corrects MY pronunciation. LISTEN - IT'S stalEECHnaya, a feminine adjective from stalEETsa (stolitsa) the Russian feminine noun for "capital"! 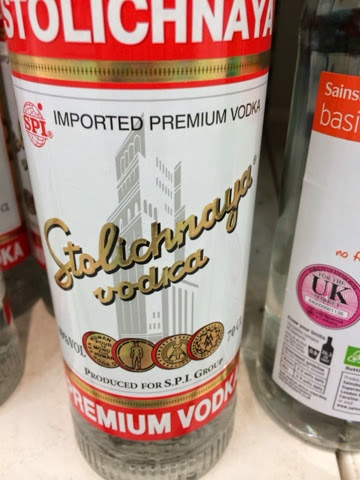 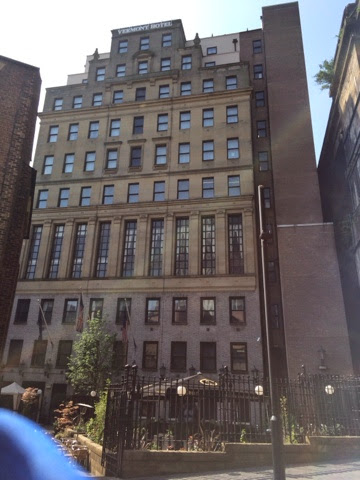