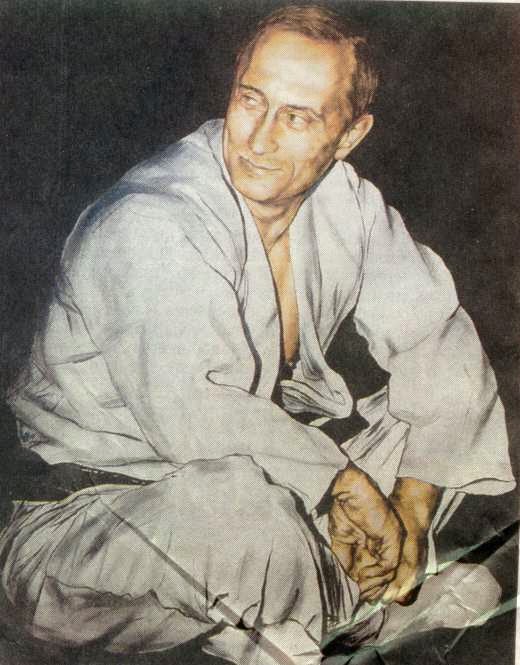 Here is something from the archives, for all those Kremlinologists, Putinologists, amateur psychologists and so-called experts on Russia: extracts of a 2002 calendar featuring the 12 faces of President Putin.

His myriad of facial expressions no doubt provide a huge source of information for Western security analysts, but I've often wondered whether he deploys them consciously and purposefully to manipulate his interlocutors or to provide disinformation for analysts.  The bored, petulant schoolboy look is Obama's favourite (http://blog.therussiahouse.net/2013/09/putin-is-tosser.html)

The calendar was based on some paintings made early in Putin's first term as President when his popularity ratings were, as now, "sky high". 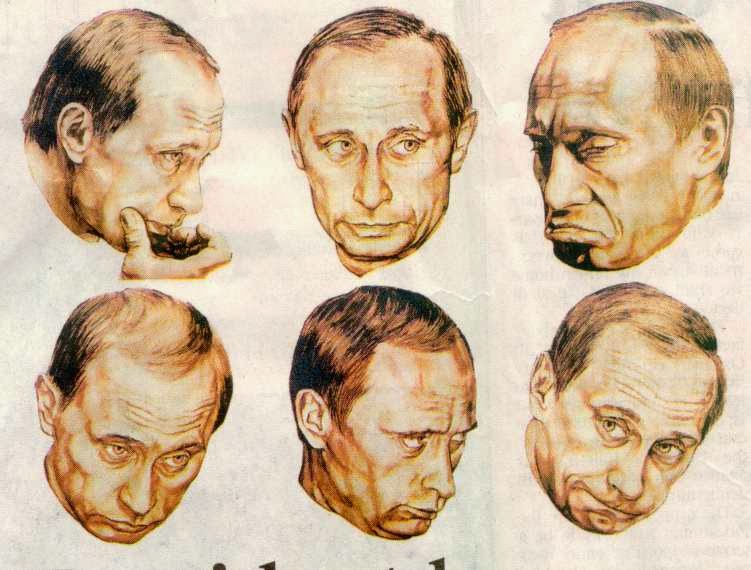 The scanned images here were originally published in The Times with, I think, the following: "The most sought-after Christmas present in the Kremlin this year is a 2002 calendar featuring the 12 faces of President Putin.

Although criticised by some Russians for placing restrictions on the media, and for getting too close to the United States too fast, he has sky-high popularity ratings and is widely admired for restoring national pride in the nearly two years since he took over from Boris Yeltsin. Unlike Mr Yeltsin, who, despite his defence of democracy, eventually became a figure of fun for his chaotic and sometimes drunken management of post-Communist Russia, Mr Putin is seen as upright, with a skilful and assured touch on foreign affairs and the economy.

The calendar reflects a growing campaign to show that he is not only a strong leader or vozhd in the Russian tradition —both Tsarist and Communist — but that he also has a human side that belies his image as a hard-faced former KGB agent.

The pictures, painted by Dmitri Vrubel and Viktoria Timofeeyeva, a husband and wife team, were not officially commissioned by the Kremlin and were based on photographs rather than sittings.

Mr Vrubel said that this was deliberate because they wanted to pin down certain expressions and match them to months, whereas when a subject sat for a portrait their expression kept changing. Mrs Timofeeyeva said: "In the end I felt we were painting a friend or a neighbour, not a leader who inspires fear."

The paintings had unofficial approval and were being bought by Kremlin officials for their offices and to give as gifts, Mr Vrubel said. A senior official has given the calendar to Mr Putin, together with the original oil painting of the December portrait. which shows the Russian leader in a thoughtful pose. "He apparently liked it very much" Mr Vrubel said. The President’s office has also bought the original of the calendar’s cover portrait— in effect, a thirteenth pose — which shows Mr Putin, a former judo champion, sitting cross-legged in his judo clothing.

Nezavisimaya Gazeta noted that the calendar was in contrast to the idealised pictures of Mr Putin available in Moscow bookshops, which were a throwback to the airbrushed portraits of Soviet times.

THE "manly chest" of President Putin, exposed in a judo pose was proving popular with many women, Viktona Timofeeyeva, who painted the studies with her husband, Dmitri Vrubel, said. She said that many women found Mr Putin attractive, particularly in the calendar’s cover portrait, which went on display at an exhibition that opened in central Moscow." 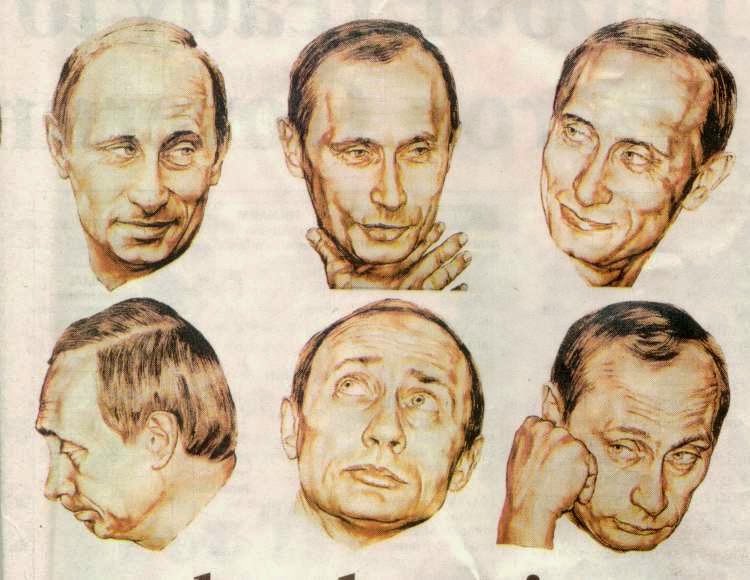