Reading about the inquiry into the murder of Alexander Litvinenko, which began yesterday, I am reminded of a Viz Top Tip of many years ago:

"INTERNATIONAL master criminals. Tell your guards to shoot James Bond in the head at the first opportunity. Under no circumstances give him a guided tour of your base, or leave him in the custody of attractive women in bikinis."

Similar advice could be given to would-be FSB assassins:

Alexander Litvinenko, a former officer of the FSB (the Russian security service) died from radiation poisoning in 2006.  He had left the FSB, where he specialised in organised crime, and fled to the UK where he became a fierce critic of the Kremlin and worked for security service MI6.  His wife's lawyer has described his murder as "an act of state-sponsored nuclear terrorism on the streets of London" and the blame for his murder being placed directly at the Russian state.

It is beyond my capacity to comment on the murky world of espionage, organised crime and the nefarious activities of Russian oligarchs, but I reckon it was Boris Berezovsky.

Posted by bouncermangel at 16:59 No comments: 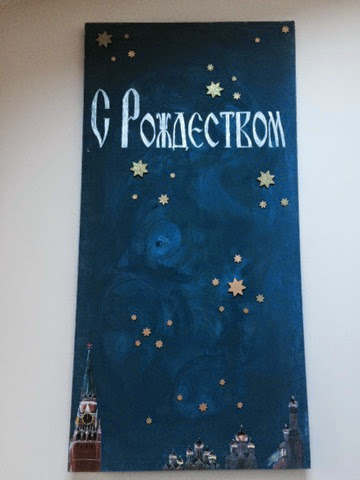 The Russian Orthodox Church celebrates religious holidays according to the Julian calendar. Russia uses the Gregorian calendar for secular purposes since 1918, so today is Christmas day in Russia.

Posted by bouncermangel at 13:25 No comments: