This year is the 70th anniversary of the Victory against Nazism and Fascism in Europe.  The Soviet Union and the Allies defeated Nazi Germany and a formal surrender was signed on 8th May 1945 (9th of May Moscow Time).

To mark the occasion in my own small way, I bought a St George Ribbon from eBay. 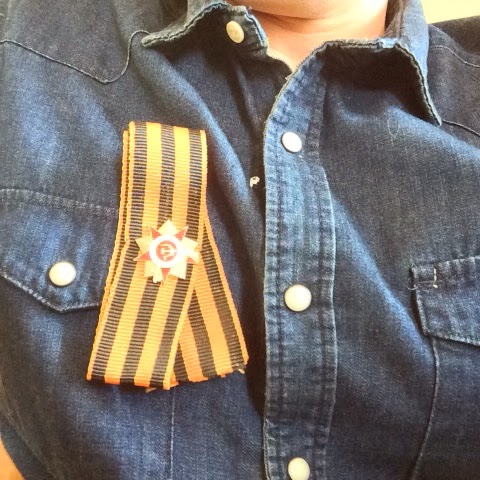