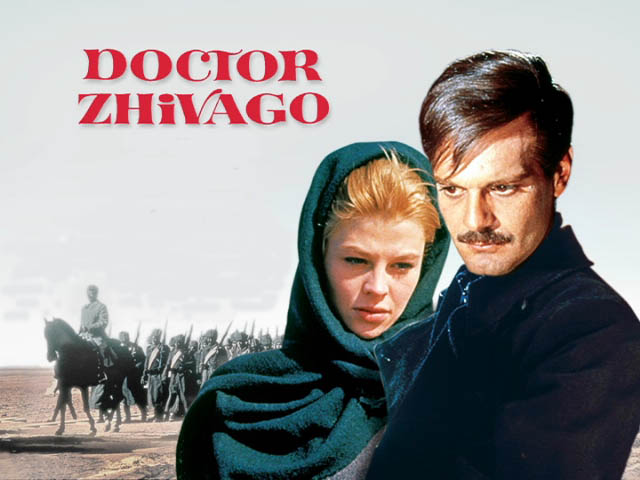 Egypt-born Omar Sharif who played the title role in David Lean's 1965 epic epic Doctor Zhivago, has died of a heart attack.  Based on Boris Pasternak's book of the same name, Sharif played the part of Yuri Zhivago - a married physician who falls in love with another woman, Lara.  Their lives are disrupted in the turmoil and upheaval of the Russian Revolution.


For the part of Yuri Zhivago, a Siberian, the actor had to disguise his Egyptian looks with a regime of hair straightening and skin waxing, as well as having to wear a wig to hide a band which pulled back the skin around his eyes to make them look more Slavic.  Sharif won a Golden Globe for this performance, as he did 3 years earlier in David Lean's 1962 film Lawrence of Arabia.
Posted by bouncermangel at 16:22 No comments: