Putin's Speech to the UN: Transcript of Key Points

We all know that after the end of the Cold War the world was left with one center of dominance, and those who found themselves at the top of the pyramid were tempted to think that, since they are so powerful and exceptional, they know best what needs to be done and thus they don’t need to reckon with the UN, which, instead of rubber-stamping the decisions they need, often stands in their way.

We should all remember the lessons of the past. For example, we remember examples from our Soviet past, when the Soviet Union exported social experiments, pushing for changes in other countries for ideological reasons, and this often led to tragic consequences and caused degradation instead of progress.

It seems, however, that instead of learning from other people’s mistakes, some prefer to repeat them and continue to export revolutions, only now these are “democratic” revolutions. Just look at the situation in the Middle East and Northern Africa already mentioned by the previous speaker. Of course, political and social problems have been piling up for a long time in this region, and people there wanted change. But what was the actual outcome? Instead of bringing about reforms, aggressive intervention rashly destroyed government institutions and the local way of life. Instead of democracy and progress, there is now violence, poverty, social disasters and total disregard for human rights, including even the right to life.

I’m urged to ask those who created this situation: do you at least realize now what you’ve done? But I’m afraid that this question will remain unanswered, because they have never abandoned their policy, which is based on arrogance, exceptionalism and impunity.

Power vacuum in some countries in the Middle East and Northern Africa obviously resulted in the emergence of areas of anarchy, which were quickly filled with extremists and terrorists. The so-called Islamic State has tens of thousands of militants fighting for it, including former Iraqi soldiers who were left on the street after the 2003 invasion. Many recruits come from Libya whose statehood was destroyed as a result of a gross violation of UN Security Council Resolution 1973. And now radical groups are joined by members of the so-called “moderate” Syrian opposition backed by the West. They get weapons and training, and then they defect and join the so-called Islamic State.

In fact, the Islamic State itself did not come out of nowhere. It was initially developed as a weapon against undesirable secular regimes. Having established control over parts of Syria and Iraq, Islamic State now aggressively expands into other regions. It seeks dominance in the Muslim world and beyond. Their plans go further.

The situation is extremely dangerous. In these circumstances, it is hypocritical and irresponsible to make declarations about the threat of terrorism and at the same time turn a blind eye to the channels used to finance and support terrorists, including revenues from drug trafficking, the illegal oil trade and the arms trade.

It is equally irresponsible to manipulate extremist groups and use them to achieve your political goals, hoping that later you’ll find a way to get rid of them or somehow eliminate them.

We consider that any attempts to flirt with terrorists, let alone arm them, are short-sighted and extremely dangerous. This may make the global terrorist threat much worse, spreading it to new regions around the globe, especially since there are fighters from many different countries, including European ones, gaining combat experience with Islamic State. Unfortunately, Russia is no exception.

Posted by bouncermangel at 13:14 No comments:

Email ThisBlogThis!Share to TwitterShare to FacebookShare to Pinterest
Labels: Do you realise what you've done?, Putin, UN speech

Posted by bouncermangel at 15:49 No comments:

Posted by bouncermangel at 13:06 No comments:

Ten things you probably didn't know about the space race - Saga
Posted by bouncermangel at 13:35 No comments:

Skateboarding on the roof of Moscow's Soviet era buildings I would love to do this.  This photo is from  a collection called "Ride the Roof - The secret skateboarding paradise on top of Moscow's Soviet-era buildings" from the website of The Calvert Journal http://calvertjournal.com/features/show/4593/rooftop-skaters-moscow-vdnkh

"Post-privatisation, it feels like the only way to access the centre of Moscow is with money. For youngsters like us, climbing roofs, walking the tunnels of the Metro by dark, skateboarding restricted areas – they’re all ways of taking back the city. It’s our idea of freedom. "


The Calvert Journal is a guide to the contemporary culture of the new east: the post-Soviet world, the Balkans and the former socialist states of central and eastern Europe.

Posted by bouncermangel at 16:51 2 comments:

The war in Donetsk – end of a post-Soviet taboo? | Johnson's Russia List

The war in Donetsk – end of a post-Soviet taboo? | Johnson's Russia List
Posted by bouncermangel at 15:12 No comments:

What crisis? Moscow marks 868th birthday with glam metal and plenty of make-up | Johnson's Russia List
Posted by bouncermangel at 14:57 No comments:

When the KGB are not poisoning dissidents with green tea laced with Polonium-210 or Ricin coated pellets fired from umbrellas (OK, I know that was the Bulgarians - but they were helped by the KGB), their tipple of choice is Gelsemium Elegans - according to the guide showing me around the deadly plants growing in the Poison Garden - this is a fenced-off section of Northumberland's Alnwick Garden containing many intoxicating and poisonous plants. 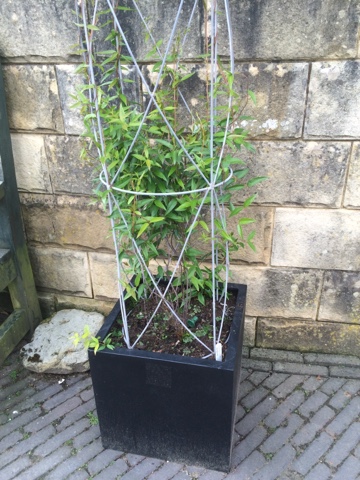 I was at the Alnwick Garden on Saturday when the guide presented this information as if it were a well known, frequent and, more importantly, current practice of the Russian "KGB" when wishing to rid themselves of troublesome "dissidents". Now there was much to take issue with here, but my mind was struggling to make sense of what the guide was actually referring to; e.g. was this poison used by the KGB in Soviet times or did he mean the current Russian security service - the FSB; and against whom was / is the poison used?  Did he mean Soviet dissidents who had emigrated from the Soviet Union or those Soviet dissidents who had not emigrated and were not incarcerated in labour-camps or psychiatric hospitals?  Or was he referring to some other, more recent events?

I am not trying to be flippant here or suggesting that none of it was true, rather, I am offering an excuse as to why I didn't ask the guide to clarify what he meant. Anyway, we moved on to the star attraction in the garden - cannabis - before I had a chance to form a coherent question, so I thought I would just look it up on the internet on my return home.

It turns out that Gelsemium Elegans had recently been in the news (August 2015) at a pre-inquest hearing into the death of  Alexander Perepilichny, an exile living in the UK.  There was a suggestion that this poison had been used to kill the Russian businessman, and "whistleblower" into a massive tax fraud in Russia, who died in 2012 after collapsing when out running.

Nevertheless, it was a very interesting but brief tour of the deadliest plants in Alnwick Garden, I was taken aback by the fact that many of the plants in the garden were not necessarily rare or exotic plants, but some very mundane and common varieties found in the UK.  For example, Rhubarb leaves can induce a particularly horrible death if ingested.

Posted by bouncermangel at 16:19 No comments: