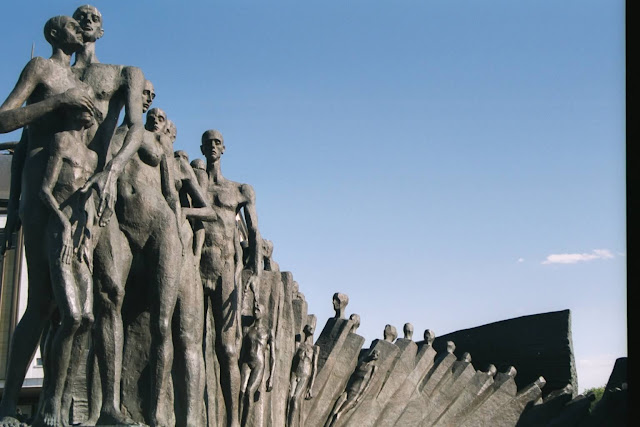 "Victory Park, billed as a memorial to the people who fell defending the Motherland but, frankly, rather a monument to tsarist and Soviet regimes that comfortably allowed their people to be used as human ammunition, in the name of defending, asserting or extending its own power."

I visited this park in 2002 and was impressed with the scale of it. 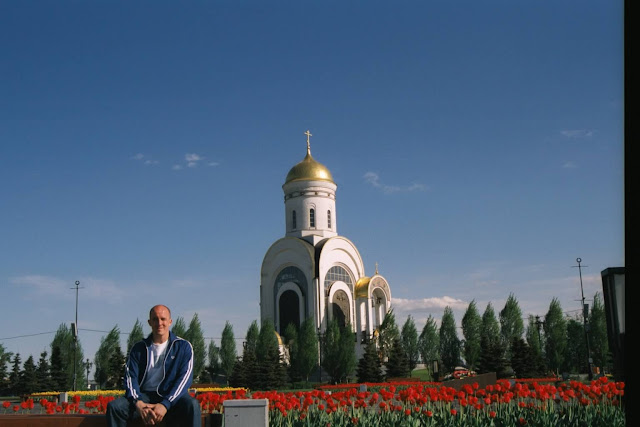 I always find these places slightly unsettling - very moving, but at the back of your mind you question whether the real motive of such grandiose monuments is (or was in Soviet times) to distract the population from their current travails - a reminder of past glories and the huge detrimental effect of the Great Patriotic War on the economy (implying that current living standards remain affected).

And of course, you cannot help but contemplate the appalling loss of life as a consequence of regimes which "allowed their people to be used as human ammunition".  Nevertheless, Victory Park is very impressive and is a beautiful public open space in the spring and summer, especially when the rows of fountains are operational. 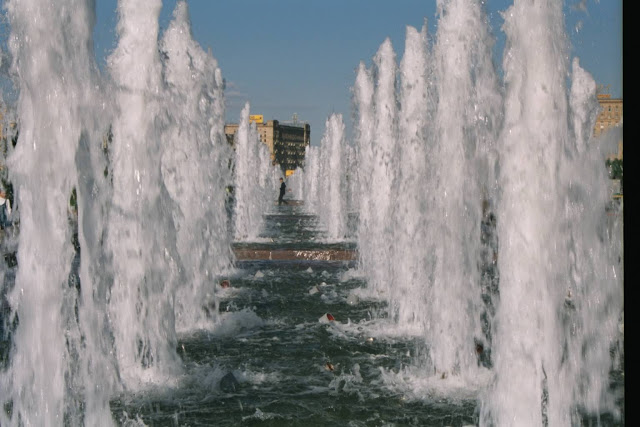 In the late eighties, I remember a programme about perestroika, which included (or was presented by) Vladimir Pozner, and included a feature on this monument.  At the time, it was a half-built, already decaying, concrete monstrosity on an abandoned construction site.

If I recall correctly, Brezhnev had commissioned the construction, but there were not sufficient funds to complete it.  Muscovites were beginning to resent the huge sums spent on grandiose monuments during the eighties (and I understand the Gagarin statue on Leninsky Prospekt, completed in 1980, was not well received) and the advent of glasnost allowed this resentment to be expressed more vocally.  I often wondered whether the monument would ever be completed. 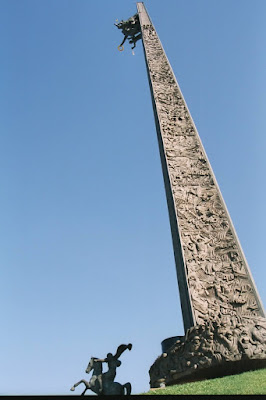 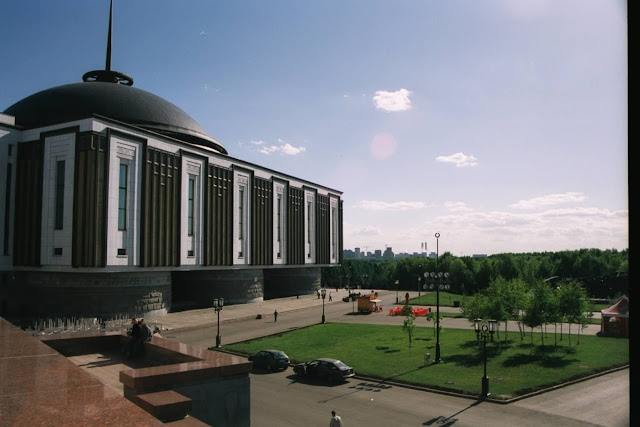 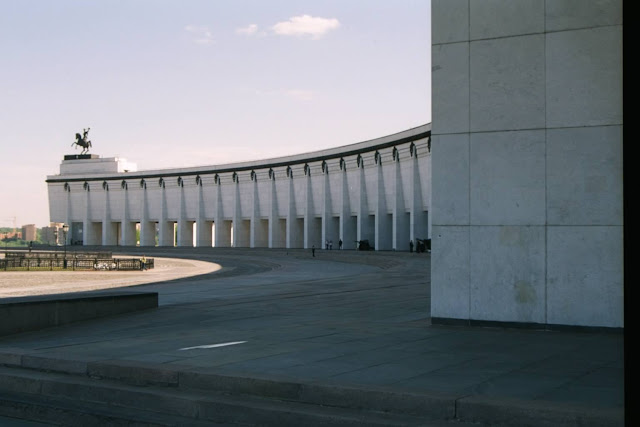