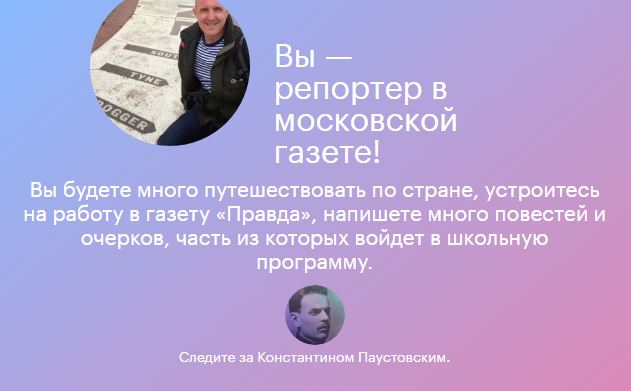 To commemorate the 100th anniversary this year of the revolutions in Russia of 1917, the “1917. Free History” project enables participants to find out about the history of 1917 from those who lived during this defining moment of twentieth century history.  The project consists entirely of primary sources. All the texts used are taken from genuine documents written by historical figures: letters, memoirs, diaries and other documents of the period.

The site provides information in English and Russian.  There is an on-line test to find out who you might have been during this turbulent period of Russian history:

I've done the test, and apparently, in 1917, I was a reporter working for the newspaper "Pravda" ("Truth").
Posted by bouncermangel at 15:14

Email ThisBlogThis!Share to TwitterShare to FacebookShare to Pinterest
Labels: Pravda, Russian Revolution, Who Are You in 1917?